So much has happened this year! I didn't achieve any big running goals, but that wasn't really the point. Our family grew from three to four, we settled into our new home, and we spent lots of quality time with family and friends. I still want to reflect and set goals for 2013, but for now here are some pictures. 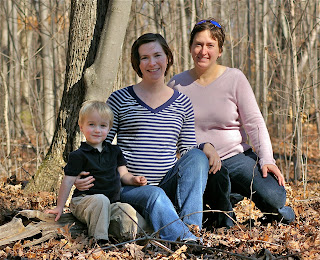 Pre-Alfie photo shoot in our woods 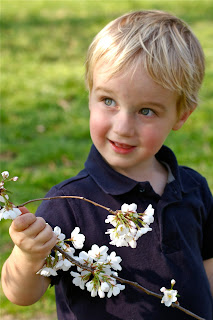 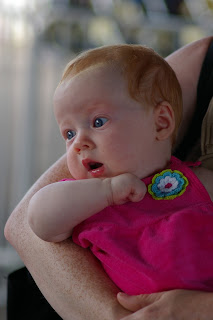 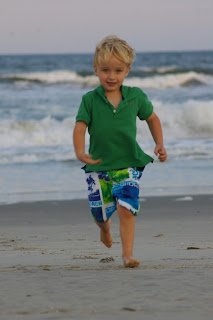 Running on the beach 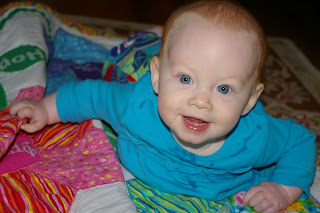 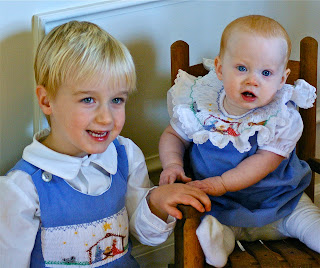 Trying for a Christmas Card 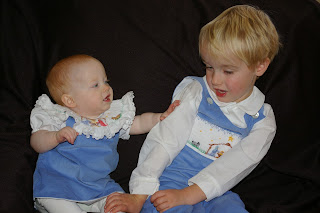 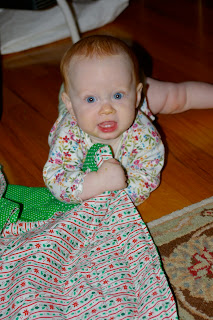 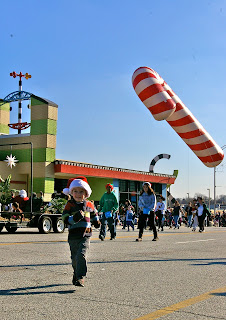 Running in the Christmas Parade. My Little Bandit 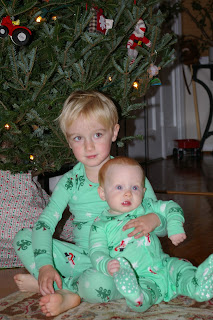 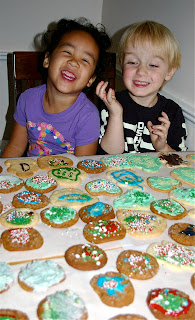 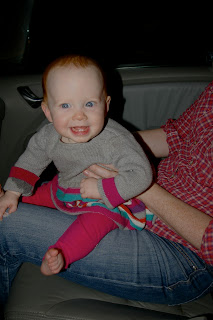 Enjoying the Lights at Tanglewood 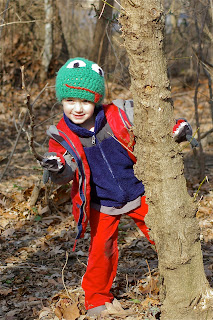 Peekaboo at Roosevelt Island
Posted by Margie at 9:26 AM No comments:

As of today, I have run 39 days in a row. Some runs were, well, minimal: a mile or two, often on the treadmill, often at night, just to get them in. Many featured tired legs, a picky knee, and/or a tight hamstring. A few were perfect. Hopefully the lessons I've learned this past month, and there have been several, will stay with me.

I've learned that my legs don't really mind running every day. It's just not that big of a deal, at least with the distances I've been covering. I can see if you're doing hard workouts and very long runs why you'd need a rest day, but not for maintenance (for me). After Tuesday I won't continue the streak, but I will run 5-6 days a week.

I found it easier to run when I had to do it. In the past I've used kids, family, church, work, etc. as an excuse, but they really aren't barriers if you have motivation (and perhaps a treadmill).  Once I had the goal, I simply made the time. Really, make isn't the right verb here. The time is already there- I choose how to allocate it. Ten minutes, or even an hour, isn't that much when it replaces time in front of the television or sleeping in the morning. Sleep is great, but I feel so much more awake after an early-morning run than I do with those extra minutes of sleep.

I got faster running every day, and my mileage increased. Neither of these things occurred on purpose; rather, they came naturally out of more running. Again, that is different if you're already running a lot or hard. In those cases, you run the risk of overtraining, which can make you slower, tired, and contrary. As 2013 begins, getting faster and going farther will probably require more rest.

Streaking teaches my son that exercise is a permanent, important reality. I love that he now asks me, "have you run today, Mama?" or "are you gonna run now?" I model for him how to be active, not out of shame, mania, or requirement, but just because it's what healthy people do.

I have two more days left to fulfill my goal of streaking from Thanksgiving to New Year's Day. Tomorrow I'll run easy, hopefully outside. Tuesday, the first day of 2013, I'll run the Resolution Run 5k. It's so good to start the year running with other people.  As often as I run solo these days, for me running is fundamentally a social sport. I run faster and happier with others.

Streakin' in a Winter Wonderland

The running kind of streaking, not the naked time. I've run every day since Thanksgiving and hope to keep it up until New Year's. What began with the Turkey Trot will end with the Resolution Run, and I'm running one other 5k (Running of the Balls) in the middle.

I've never streaked before. In fact, this is the first time I've run 15 days in a row.

Why streak? Not to lose weight. I know, hate me if you will, but I'm happy with my weight and don't want to lose any more because I'm still nursing Alfie. Not to get record mileage either, because I think that would be begging for problems. Upping miles while running consecutively for 35 days? Bad idea.

So why? The honest answer is I'm not exactly sure. I've been thinking a lot about dedication lately. Mindfulness. Perseverance. Accountability. Discipline.  Dedication to what? The gods of running? No, I don't think so. Dedication to myself, my body, my emotional sanity. And that Discipline word.  Not punishment, or severity, but discipline:

1
: punishment
2
obsolete : instruction
3
: a field of study
4
: training that corrects, molds, or perfects the mentalfaculties or moral character
5
a : control gained by enforcing obedience or order
b : orderly or prescribed conduct or pattern of behavior c : self-control
6
: a rule or system of rules governing conduct or activity
— dis·ci·plin·al  adjective


Those first few definitions are, well, harsh, but 5B and C cover it nicely: orderly or prescribed conduct or pattern of behavior. That's what I want. If running is prescribed, it will become better integrated into my life. If running is a pattern, it weaves its way inextricably into my days.
Definition #4 also has a nice ring: training that corrects, mold, or perfects. At first I thought the second part didn't fit because running is physical, but isn't it both? And if I seek discipline in running, isn't there a moral aspect as well?

So how or where do running and moral character intersect? Runners can be immoral, even about their running (Paul Ryan's liar-liar-pants-on-fire marathon comes to mind), and plenty of non-runners are moral (I cannot picture Mother Theresa, for instance, in a pair of Mizunos).  It takes character to set goals, commit to them, and strive for them despite setbacks; to wake up earlier than the rest of your house just so you can have a run and be showered before the kids get out of bed; to persist at mile 19 of a marathon when your whole body aches and a taxi drives by; to run through shinsplints, bum knees, black toenails, digestive issues, and a cold. It takes character.
Posted by Margie at 9:54 PM No comments: