This Thanksgiving, Dad and I ran the Turkey Trot 5k in Washington, DC. It benefits SOME (So Others Might Eat) and runners get a nice view of the Capitol (with an O) and the Mall (without stores).


The Bad
The Funny
I looked through the race pictures, but no shots of Dad, Bambino, or I. I assure you, we had a great time. Next up- streaking. More to follow this week!

It looks like Cannonball will be my only half-marathon of 2012. Months ago I planned on running the Mistletoe half in Winston-Salem on December 1, but at this point I am sorely unprepared when it comes to long runs. I don't regret it at all; I've worked hard to rebuild my base, I am very healthy, and I've really enjoyed running this year. No reason to ruin running bliss by racing 13.1 miles unprepared.

That being said, I have begun planning my races for 2013. 2012 was an appropriately light racing year, but come January 1, I am back!


I don't have definite plans after the marathon, but I think I want to focus on speed for the summer.  Pre-Alfie, I had gotten pretty speedy. I'd like to break 22:00 in a 5k and 50:00 in a 10k. For me, summer's the perfect time for that sort of training because it's not as dependent on a specific schedule. As a teacher I have lots of free time, but we travel, hike, bike, and do all sorts of fun stuff that's better suited to getting faster than going farther. In August I'll start thinking about longer distances again. I'd love to do Baltimore again, and with all of our family in Memphis the St. Jude marathon could be fun.
Posted by Margie at 5:11 PM No comments:

Cannonball Half Marathon Race Report (only a few weeks late...)


The Bad
The Funny
And now for some photographs... 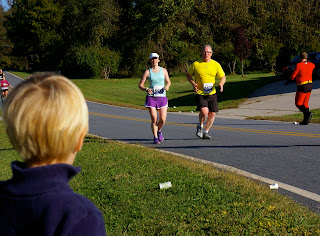 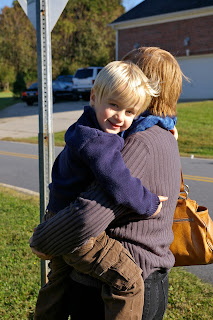 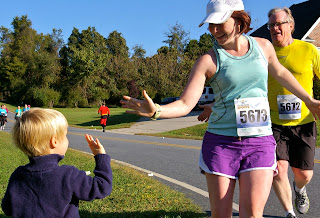 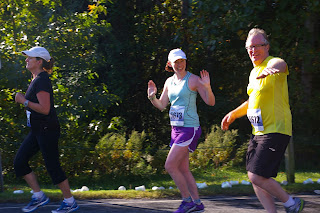 After seeing us at the half-way point, the non-running family members went to a Fall Festival. 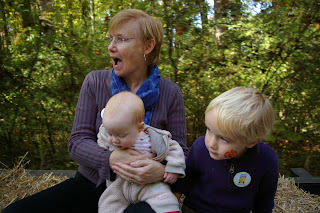 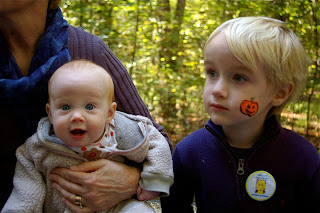 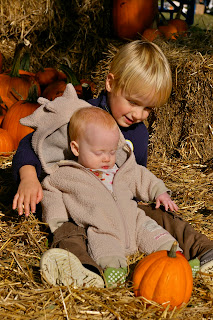 It is really difficult to get a picture in which both Bambino and Alfie are smiling and looking at the camera.

Posted by Margie at 8:24 PM No comments: